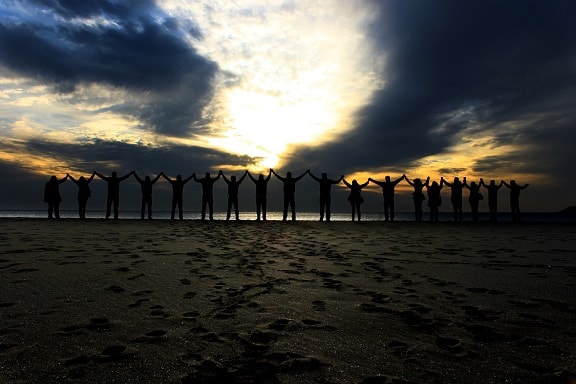 World Hijab Day encourages all women to wear the veil in solidarity with Muslims.

They want to educate those who label the Hijab as a symbol of oppression.

If you are forced to wear it, as many are, and as even more were in the past, then that is oppression. It’s not rocket science.

They also want you to know that wearing the Hijab is their choice.

Of course the choice here is superficial. Once a woman has been taught for her entire childhood and beyond that god will be displeased with her otherwise, of course she will magically choose to wear the Hijab.

And if there really were a choice, there would be no negative effects of the choice not to wear a Hijab. There would be no social pressure from family and friends, no excommunication from your religious community, no threatening to throw your children out of their religious school that demands mothers choose to wear the Hijab.

Why is it that for women brought up in other cultures, not only do they not choose to wear the Hijab, but the very choice is so alien to them that it has never even considered crossing their minds.

If it really were a matter of choice, surely we would see Muslim men wearing the hijab too! For some reason, when there is no legal or religious reason to wear one, so a complete freedom of choice exists in the matter, men are not falling over themselves in a desperate attempt to put one on!

I can’t wait for Hijab wearing women to take their’s off in solidarity with them.

They can’t of course – they’re not allowed … to choose to do that.